As you’ll discover over five fascinating days visiting Cusco’s main attractions, the city is one of South America’s most important destinations. During your time in the Imperial city you’ll visit the area’s most impressive archeaological remains and take-in some of the planet’s most spectacular landscapes. Along the way you’ll visit the magnificent citadel and mountain of Machu Picchu.

Arrive at Cusco Airport and enjoy a comfortable transfer you to your selected hotel. A guide will accompany you, offering useful information about the city attractions and assisting you along the way.

Enjoy a tasty breakfast at the hotel and have the morning free to walk around and explore the city on your own. In the afternoon, the tour begins in Coricancha, also known as the ‘Temple of the Sun’, which was built by order of Inca ruler Pachacuti and became the basis for the Santo Domingo Convent construction at the arrival of the Spaniards. Then, visit the Cathedral, the most imposing monument of the Main Square, and head to Sacsayhuaman, one of the emblematic buildings of the Incas, erected by Inca Pachacuti in the 15th century. It is an immense fortress built with large, hard to carry stones. How these were put together is still a mystery! Continue to Qenqo, an archeaological complex of religious use, where agricultural rituals were held. To conclude, visit Puka Pukara, seven kilometers from the city. Puka Pukara, which means ‘red fort’, was an architectural complex of supposed military use with multiple environments, plazas, baths, aqueducts, and towers. It is
believed that it was used by the Inca entourage while the leader rested in Tambomachay. Once the tour ends, return to the selected hotel.

Breakfast at the hotel. During the morning, you are picked up from your hotel in Cusco to visit the town of Chinchero, a traditional Cusco urban center located at an elevated point with a beautiful view of the valley. The inhabitants of this area preserve the artisan traditions and the inherited knowledge of the Incas and display them in their clothes and customs. In Chinchero there are also archeaological remains and a beautiful seventeenth-century church, one of the first Catholic buildings in Peru. Then, you are transferred from Ollantaytambo to the Living Museum of Yucay, a center Andean traditions interpretations, where demonstrations of the elaboration of textile work, adobe, pottery and silverware are carried out in the same way in which they used to in antiquity; an original recreation of Inca traditions. Also, residents of the museum include llamas, sheep and alpacas, and they can be fed! Upon arriving in Ollantaytambo visit its town, inhabited uninterruptedly since Inca times, and climb the iconic fortress, built next to a mountain. Later, have lunch in Ollantaytambo and live a superior Andean gastronomy experience in a restaurant, where the true spirit of the Sacred Valley is transmitted in a cozy atmosphere. At the end of this activity, you are transferred back to your hotel.
*On Sundays, also visit the local market. After your visit, return to your hotel in Sacred Valley.

Overnight at the selected hotel in Sacred Valley. Lunch is included.

Start the day with breakfast at the hotel, before your transfer to the Ollanta train station. Your tour to Machu Picchu begins with a train ride to Aguas Calientes, taking approximately two hours. The town is also nicknamed ‘Machu Picchu Pueblo’ and is the last stop before entering the remains of the most important archeaological site in Peru. In Aguas Calientes, one can find a craft market, restaurants and hotels of different categories for those

who prefer to spend the night at the foot of the mountain and climb it early in the morning. Finally, after a short transfer by bus, reach Machu Picchu, a masterpiece of engineering and architecture that served as a sanctuary and retreat for the Inca ruler Pachacuti. Machu Picchu, which means ‘Old Mountain’, is a UNESCO World Heritage Site and one of the New Seven Wonders of the World. Once in the citadel, you may optionally also visit the Intipunku (Sun Gate), the Wayna Picchu (subject to space availability) and the Inca Bridge. Return to Aguas Calientes for lunch at Café Inkaterra, followed by your return trip to Cusco.

Start the day with a tasty breakfast. Enjoy a comfortable transfer with a guide from your hotel to Cusco Airport to catch your onward flight.

No reviews yet
Leave a Reply Cancel reply 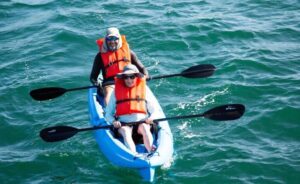 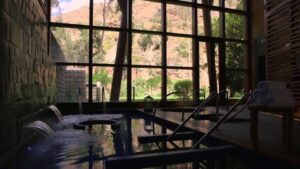 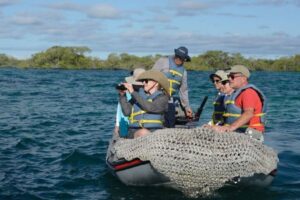